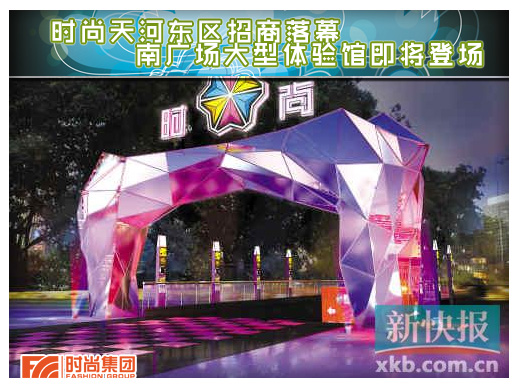 On July 25, the signing conference of fashion Tianhe's merchants in the east of 2013 was successfully held. This large-scale underground experience shopping center in South China, which integrates shopping, catering, leisure, entertainment and landscape, like a huge magnet, attracted many merchants from different regions. At the signing conference, Ms. Zheng, who had experience in women's retail business, told the author that when she went shopping, she found that the location and flow of people were good, just in line with her idea of opening a shop, so she came here "Rush to sign a contract", unexpectedly, the service provided by the store is also very good.

Superior location of mini shop in the East

This signing conference will launch the shops on the East 2nd, East 3rd Street in the East District of fashion Tianhe, which are the last batch of boutique Mini shops in the East District of fashion Tianhe. According to the project leader, in addition to the advantage of direct access to exit D3 of the sports center of Metro Line 1, the two Donger Dongsan streets, which are located in the center of fashion Tianhe East District, will also build a Chinese snack square in the center of the block in the future to gather people's interest, and the price is also very affordable, which can be said to be a super value rent shop in Tianhe gold business district. In fact, there are nearly 300 berths in two blocks, which have been emptied in two months. At the signing site, the author found that the mall also set up decoration consulting office and operation consulting office to provide decoration consulting and block future operation consulting for the contracted merchants; the mall is also the joint bank of communications, which provides POS machine handling services for the merchants in need at the signing site.

A silver jewelry boss who started his business for the first time signed a shop in the East District. He told the author that the reason why he chose this place was that he had a strong feeling when he walked in, "it's very unique and has to be done.".

It is understood that the East Second Street will also launch the middle island counter. This time, the middle island counter will take the circular / elliptical design concept, and the team formed by the counter and the counter will further promote the flow of people. As the two main connecting entrances of the East Second East Third Street, vogue Tianhe entrance 6 and entrance 4 are the main lines of passenger flow. At present, more than 98% of the Eastern District's investment has been attracted, and it will officially open on October 1.

I learned from a person close to the fashion Tianhe industry that the signing conference in the East is just a foreplay, and the upcoming "South Square" will be the highlight of the whole fashion Tianhe this year.

In this regard, Lin Lijun, director of fashion Tianhe operation, said that South Plaza will take large-scale Experience Hall as the theme, with the planned area of experience hall ranging from 1000 to 4000 square meters. At that time, the proportion of individual small businesses will account for less than half of the project shops. She also mentioned that South Square is different from the East and west areas. In addition to continuing to inherit the fashion concept of young fashion ion, she will also pay more attention to the "experience" of the young people's urban culture.

It is reported that with the change of the positioning of South Square, the investment promotion policy of fashion Tianhe will also be improved, especially the entry requirements for merchants. "We will conduct a comprehensive and systematic market evaluation on the intended merchants. At present, there are such merchants as Samsung experience store, Haidilao, and Nanhu CITS who have escaped from the large-scale secret room to negotiate to enter." Fashion Tianhe said that with the prosperous market brought by the eastern and western regions, South Square will soon become the "fragrant cake" of Tianhe business circle, and will conduct comprehensive investment in August, and is expected to open at the end of the year.